We are a collective of organizations of Black Communities that consolidated in the early 90s after the union of several efforts within the social movement that sought to influence the Constituyente of 1991 in which Colombia acquired the denomination of "multi-ethnic and multicultural" nation. We unite more than 120 grassroots organizations, community councils and people who continue to work on the transformation of the political, social, economic, and territorial reality of Black, Afro-descendant, Raizal, and Palenque communities. This is achieved through the defense and advocacy for their collective rights--ancestral and individual--which are based on our guiding principles: reaffirmation of personhood (Identity), Space for that personhood (Territory), Exercising of personhood (Participation and autonomy), Self-determination (Autonomous Development), Solidarity with the struggles of Black people in the world, Historical reparations, and Gender and Generation 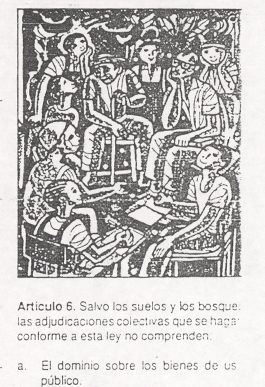 The collection contains information on the organizational activities of black communities in Colombia claiming ethnic rights over territories from the late 1980s and the early 1990s until today. The collection contains materials on the following categories: Territory and Environment, Gender and Generation, Human Rights, Ethnic Education, Ethnic Development, Ethnic Legislation ... Read more.